William (Aidan Devine) makes dead bodies disappear. This isn't something he likes to do, but through circumstances out of his control, his country house has become a dumping ground for the casualties of gang-related murders nearby. His daughter, Gloria, is all too used to her dad’s work, and men dropping off corpses. After a woman is dumped at the house, unknowingly still alive, William holds her against her will until he can figure out what to do. As they begin to develop a very unusual respect for each other, her "murderers" get word that she's still alive and plan to finish what they started.

Director Chad Archibald (BITE, EJECTA, THE HERETICS) has produced over 20 genre films, and is welcome back to our festival with another strong addition to his career. 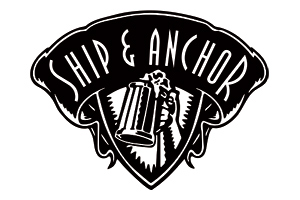 Director Justin P. Lange’s debut feature is one of the most original, disturbing, and incredibly atmospheric zombie-horror films you will see, akin to...

A small-town criminal finds an ancient Chinese time-travel device that can help him pull off a heist and start a new life -...

Salem high school senior Lily (Odessa Young, SWEET VIRGINIA, THE HIGH LIFE) and her pals spend their time in a haze of social...